Reply
❗That one dude❗16 days ago

The giant chicken was unusually terrifying.  Also, the background music in this game was incredible!

Me: *Runs toward creepy chicken person*

Very fun game jajajja I laughed a lot playing it

lol very fun game .  I wish you had put in  a second , Stay alive ending lol Your game is last and starts at 07:47

I Was Just Tryna Work My Shift Smh

The chicken is Creepy Ahahahah

oh man i didnt realize ep 2 was out!

Warning to viewers: SPOILERS IN VIDEO!

I seriously found this game to be funny and reminds me of some of my favorite 80s cheesy horror movies. XD Fun to play!
Reply
sharpota114 days ago

The last jumpscare with the chicken was crazy! Great Game!

Great stuff. Will put up Episode 2 later. Will there be an Episode 3 ?

The giant chicken was unusually terrifying.  Also, the background music in this game was incredible!

The True Meaning of “You are what you eat” haha. I had a blast playing and really loved the unsettling chicken man.

i screamed when the chicken chased me XDDDD

Reply
Games Do Titio152 days ago
Game play não comentado!
Reply
Rhys Sanders198 days ago
Played at 5:20. What a terrifying Chicken! Even made the thumbnail.

I hate getting chased in games so this really hit a nerve for me.

Check out my video.

Reply
DisguisedPixel211 days ago
Oh how the tables have turned...The feeling of being watched is so spooky!
Reply
popopopxs229 days ago

Chickentastic!!! A nice funny little game I enjoyed it a lot can't wait to try ep. 2!

Reply
mistamustad229 days ago
it h
it honestly reminded me of happys humble burg bag burl barn farm barn place game at first, but it has a funny charm to it which i appreciate. 3rd game, watch if youd like. i put a lot of time into my channel. thanks!!!
Reply
BakkaYU234 days ago 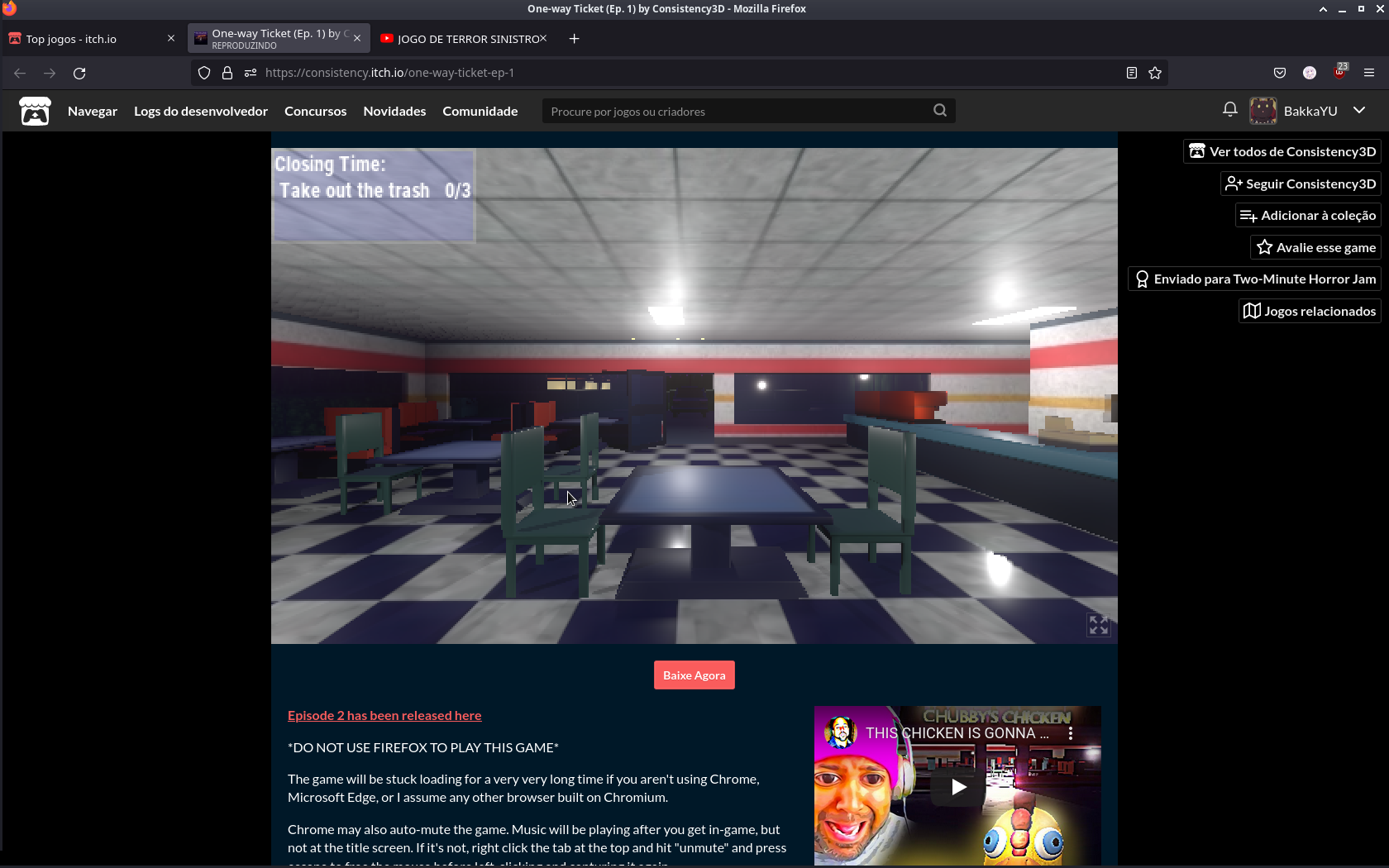 The Cutest Game..OH ITS HORROR?

I've seen a chicken defend her chicks against a snake [and succeeded]. I've seen a chicken kill a rat [one blow], so I don't have any problem believing a chicken can be ferocious. However, in the animal world, if something goes after you, you go after that something. So I went after the chicken when it was about to go after me. Bad ending, yes, but I was still standing until the end :o]

Thanks for making the game. I enjoyed it.

Hey, I played one of your games for 3 scary games and I this one was awesome! The last jumpscare with the chicken was crazy! Great Game!

Chickentastic!!! A nice funny little game I enjoyed it a lot can't wait to try ep. 2!

hi, big thx for the great game. greetings from rosti 🙏😘